E-Cigarettes: Worse Than Cigarettes Or A Boon To Humanity?

This is a big topic in the mainstream, and the headlines from various organizations oppose each other so drastically at times, it becomes difficult to know what to believe.

Recently, there was a report released by an organization called PHE (Public Health England).

In the forward was this statement: 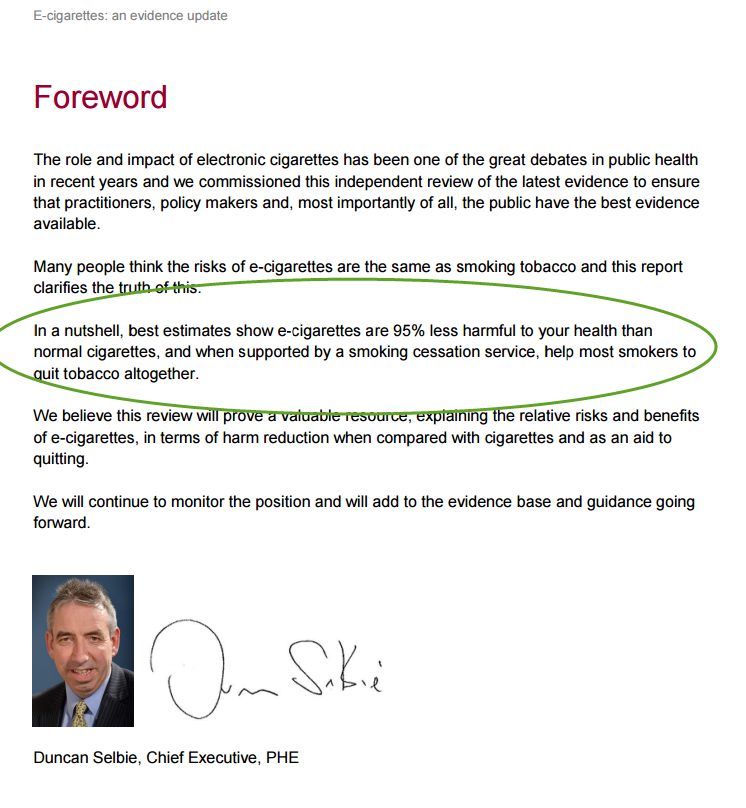 Now, here it is maybe 1-2 weeks later, and there are some headlines from reputable media sources that are making statements, which sound like they are factual, which completely oppose that statement in the UK report. 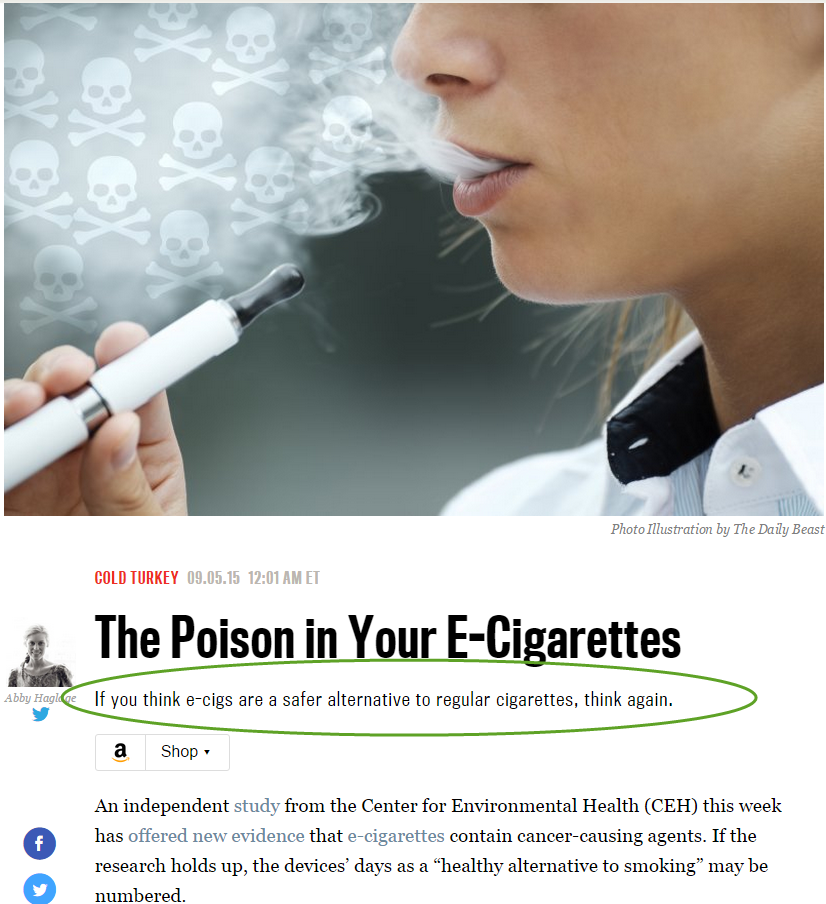 This Article in Daily Beast is referring to another report released by an organization called The Center For Environmental Health (CEH).

And Here is the intro for this report: 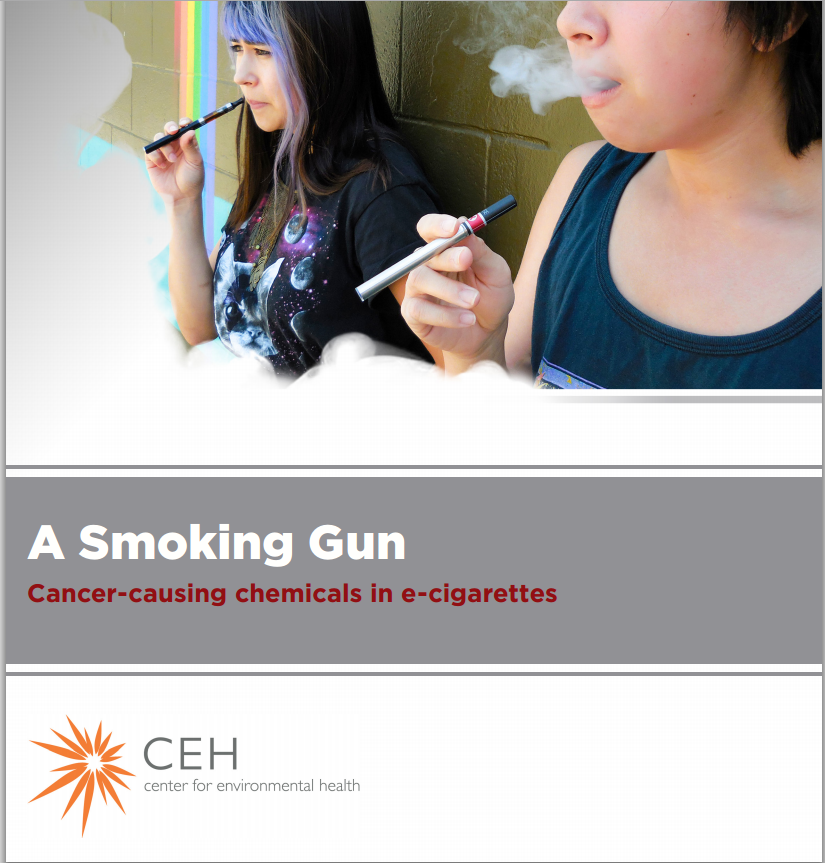 Now, this is about as contradictory as it comes, and so, do we have some propaganda going on here?

Are the conspiracy theorist nuts right? Do we have an agenda here?

I’m not even going to guess, since I didn’t participate in either study, but talk about utterly opposite ends of the spectrum.

Going from 95% less harmful, to titles like ‘The Poison In Your E-Cigs‘, and ‘The Smoking Gun: Cancer Causing Chemicals‘… something is amiss for certain.

Are They Worse Than Cigarettes? Like The Daily Beast Declared:

Or Are They 95% Safer Such As Public Health England Estimated?

Finally, we wanted to share the following video with you to give you some thoughts from people who vape but do not smoke tobacco. The people who spoke on camera seem to all have a similar story: they just felt better switching from smoking tobacco to vaping. And, I know a number of people personally who say the same thing.