Is there anything left for TV designers and the people behind TV control boxes to invent so they can impress consumers? Could there possibly be a new invention to entice people who enjoy watching movies at home to dig around for more money to spend on home entertainment? Hasn’t everything been invented?

Maybe it has, but the quality can improve and it constantly does. Amazon has released their Fire TV with the capacity to stream 4K UHD if you have a television that’s up to it.

Great for Almost Every Household

Most televisions are ready for this technology already and at a price of just $99.99, most consumers are ready for the Amazon Fire TV box too. It’s cheaper than Apple’s equivalent, a factor sure to influence where consumers go for home entertainment this autumn. 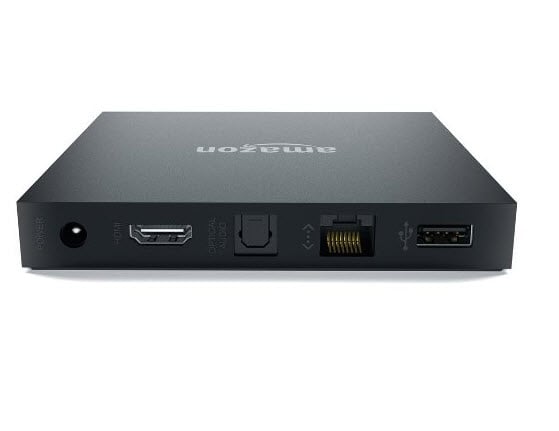 What Has Amazon Been Up To?

Amazon’s Fire TV box upgrades their previous technology so that as long as you have broadband connection of 15 mbps or more and the TV is ready for the technology listed above, fasten your seatbelts for an amazing visual experience: improvements in graphics and speed over what you’re used to. Amazon’s box prepares you for more 1080p High-Definition video, the sort of stuff Amazon will be producing in the coming year or more, just like Netflix.

Where Are the Brains behind this Beauty?

A control chip with dedicated GPU (graphics processing unit) ensures the visuals created by Amazons’ TV box are stunning and quick. They use a 64-bit quad-core processor for speed and accuracy. In fact, Amazon is claiming that their technology is several times faster than Chromecast or Roku.

It won’t take long — about a year — before Amazon will add voice support to their box. Her name is Alexa and she invites you to speak commands into the remote control. At least she will once customers download the free software when it is released.

If you find writing commands into a search box using the arrows on your remote control tedious and long-winded, that won’t be a problem for much longer. Many people have already become accustomed to this technology with their cars and iPhones or Android phones.

More of Almost Everything

The Amazon Fire TV supports excellent television and movie graphics so you can really enjoy those big-screen experiences like Marvel movies. It also comes with more apps and games than their previous TV box.

While you are most likely to use the box as a way to watch TV shows and feature-length movies, this is an added incentive and a way of staying competitive with other manufacturers, particularly Apple whose most recent TV box draws the most comparisons with Amazon’s Fire TV. If apps and games on your phone are a little small for your eyes, put everything on the large screen of your high-definition TV.

Only one aspect of the Fire TV box is considered less appealing than Apple’s TV box and that is storage. With just 8GB Amazon offers about ¼ of the standard storage option from their rival; such a strangely small amount, but Amazon has the answer to that: storage expansion. Buy a card separately and add many times more storage if that’s what you want.

Amazon’s Fire TV is also a gaming device. Buy the gaming package and you receive Amazon Fire TV plus a MicroSD card and two games (family-friendly) for an additional $40. Amazon wants their clients to enjoy the long, cold winters in every way they can: just sitting and watching the screen or interacting with a game for the whole family. Of course, you can also buy more games directly from Amazon.