A little over a year ago, someone launched a website touting the release of a hoverboard. Their technology was reputedly capable of levitating several inches off the ground with a person on board. The media got hold of this product and lampooned it and, sure enough, it was proven to be a hoax.

A lot of people had fallen for the hoax and if their pride is still smarting, they might not believe the latest news. Consumers now have to ask themselves if the current release of two similar products — the Hendo and the Lexus hoverboards — is real or if the industry is crying wolf.

Arx Pax has released video footage of their new product in action: the Hendo Hoverboard. There is no word as to what it would cost to buy one of these items although a figure of $10,000 has been floating around the internet.

At Lexus, they say you couldn’t put a price on their hoverboard. Arx Pax isn’t as dramatic, but one gets the sense that neither product was designed in the beginning to be sold as a leisure product. The point of their development was to satisfy personal curiosity, accept a challenge, and experience the joy of success. 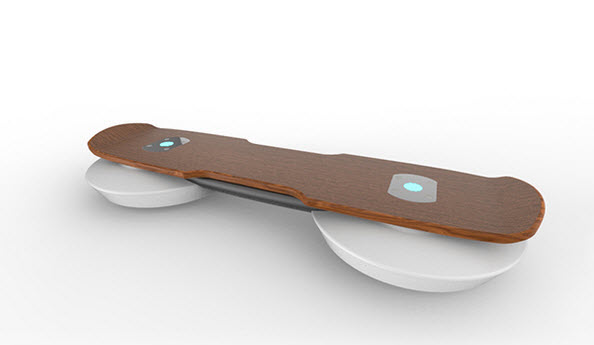 Videos of the Hendo Hoverboard in action reveal this isn’t like the Marty McFly version which floats several inches off of the ground. Tony Hawk test-drove the Hendo and showed that the gap is almost too small to see. A blue light shines onto the track below; a test track designed in much the same way as a skateboard park. The main difference is that magnets are built in.

The magnetic personality of this new technology goes beyond a high-tech aesthetic: founder Greg Henderson and his team used Magnetic Field Architecture (MFA). His trademarked and patented technology employs magnets to lift his device off the ground.

The Future of MFA

Is there a serious purpose behind his invention? Henderson is interested in the way MFA could one day lift whole structures off the ground. His thought is that buildings — and the people inside them — would be removed from harm’s way during a flood or earthquake.

Instead of building structures to be resistant to natural disasters they could simply be removed from the devastation. That kind of technology is a long way off: right now he can’t get a single human being more than an inch off the ground using an opposing magnetic field formed by built-in track magnets.

Not everyone is convinced about the videos they are seeing from Arx Pax, the company behind this Hendo Hoverboard. As mentioned above, levitation is only going so far. People are having fun.

The larger community doesn’t have access to the product and is never going to be able to see it — not unless Arx Pax opens their facility up for tours and demonstrations plus the opportunity for a few lucky people to try it out. Right now the Hendo Hoverboard has the appearance of a legend yet to be proven.

Arx Pax has, however, received legitimacy by the release of a hoverboard by Lexus, a better-known company and maker of a well-known brand of car. If this firm is willing to associate itself with the technology it can’t be a hoax.

They have done similar things with their board and hired a skateboarder named Ross McGouran to try it out. Their device is beautiful and somewhat more luxurious in appearance than the Hendo, but Arx Pax is watching for ways to make their product more cheaply using less expensive metal. It seems their goal is to get this product on the market so ordinary people can use it.