The Samsung Galaxy S7 Edge was made for a visual lifestyle. Consumers want everything their computer can do to be possible on their Smartphone and, while there are still times when a laptop or PC is better, the Samsung Galaxy S7 makes great strides. 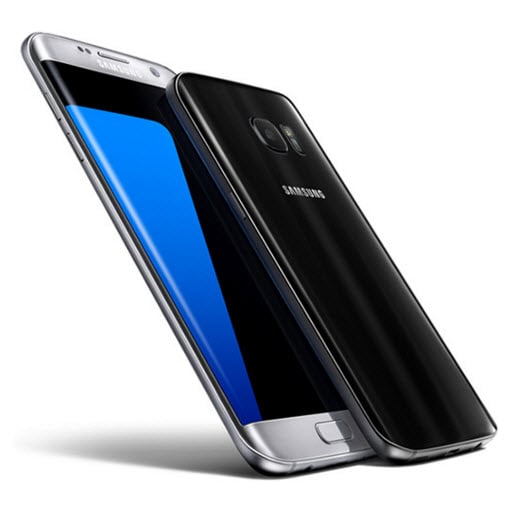 Video on the Samsung Galaxy S7

Watch Youtube or home videos on a screen featuring High Definition and a Super AMOLED screen. Vendors say this is a gaming Smartphone, thanks to support from Vulkan API.

Watch movies, play games, view your photographs, or follow a website online without losing anything in the graphics department, especially with sites which crossover from full-screen to handheld 5.5-inch screens. Pictures are crisp and there is no lag, thanks to the Snapdragon 820 quad-core processor with 4GB RAM.

As a result of all this technology, you will find that video streams in real time, not like a badly dubbed foreign film.Thank the men and women at Samsung responsible for 2.3GHz performance.

How frustrating is it when a high-tech handheld phone loses battery power within the hour? That won’t happen with the S7. It features a long-life, 3600mAh battery. Although this doesn’t guarantee an entire day’s play because some functions take up more battery power than others, it’s not going to leave you hanging half an hour into a game or movie.

The S7 can store up to 32GB of stuff whether that’s visuals (photos or video), music, or text. Use the MicroSD card sold separately to increase memory by 200GB.

The Samsung S7 isn’t bulky but light and thin. Construction is all glass and metal which makes a solid product, but slippery too. Add a cover for protection and that’s what makes it seem large. In spite of apparent fragility, it is possible to drop the Samsung Galaxy S7 in water for half an hour without losing memory or destroying your camera. No one recommends that you test this safety feature, but it’s worth noting if your phone drops into the wading pool while you watch your kids splash that all is not lost.

For many grandparents, the only reason to buy a Smartphone is to snap pictures of grandkids. Their children buy the device for emergencies, but mom and dad are fascinated by the ability to take excellent images without a proper camera.

The Samsung Galaxy S7 creates great pictures whether light is low or bright and takes less than 2/10ths of a second to capture an image. Samsung even lets you take up to four selfies at one time using Spotlight Mode. Alternatively, create moving shots with a program called Dynamic Motion Panoramic.

Consumers have the potential to create as many as 10 shortcuts for apps or folders plus other settings which change the appearance of their screen. Purchases are secure, thanks to KNOX (as in Fort Knox) security built into the device. Send data from another phone to the S7 easily: email contacts, a play list, pictures, apps, and more.

Bluetooth 4.1 takes care of your connectivity which puts you in touch with other BT-compatible products like wireless speakers or headphones. More and more technology is wireless, so put the S7 to good use.

Consumers are also connected to the weather, radio, calendar, and their own day timers in order to stay on track with a schedule full of meetings and appointments. Check in with Google to find a route to a kids’ birthday party or a meeting with sales reps.