Are Compound Turbos The Next Big Thing For Drag Racing?

This is a pretty fascinating subject for any car aficionados out there, who are into racing and acceleration, such as drag racing in the 1/4 mile.

This seems to be one of those elusive areas that very few tuners can figure out, as it takes all the tuning calculations to another level. 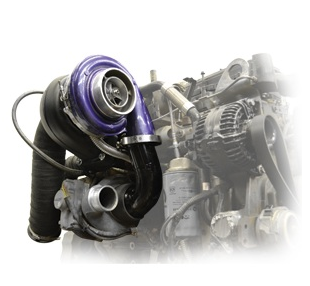 What Is A Compound Turbo Set-Up?

Essentially, it is like a twin-turbo, where there are two turbos, but in this case, one is smaller than the other. One turbo essentially powers the other turbo, although it is probably even more complicated than that.

What Are The Benefits?

One of the biggest draws for a set up like this, at least in theory (since very few have figured it out), is that it reduces turbo lag, with faster spool.

Currently, there are not many known set ups of this type. But there is one individual who is quietly dominating this almost uncharted territory.

His name is Kevin Jewer, and he has not one set up that he is running at the 1320, but 2! He ran 8.3 at New England Dragway with this set up on his well know rear wheel drive Eagle Talon (which has also gone high 7’s on a single turbo set up).

Another car that he is building has done some impressive passes, as fast as a 9.3 (driven by his significant other, Kait). 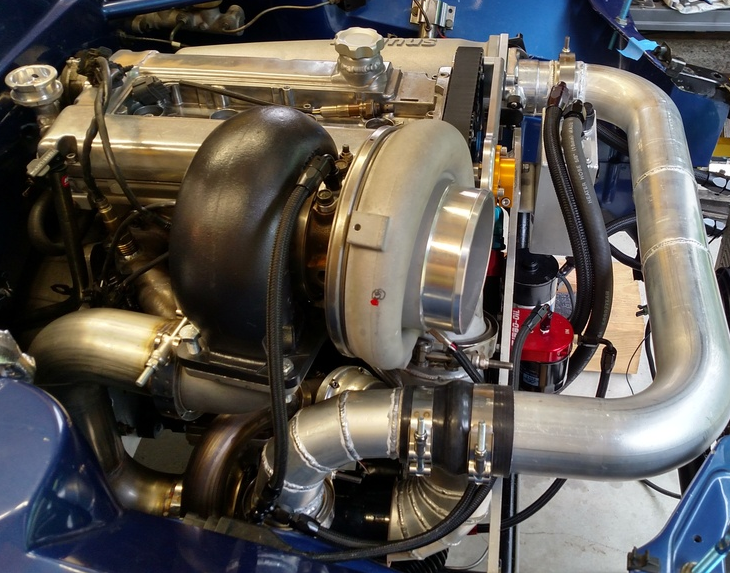 You can see at the bottom, there is a second turbo, and some extra piping over a single turbo set up. For anyone that knows a little about tuning, just looking at a set up like this, you can see that you’d need to know some serious math to figure out the calculations in this, to get it running properly.

Here is a video of some easy launch and 1/8th mile testing in the 2G DSM:

So he is getting a handle on this type of set up, and it makes you wonder if this will become a more common set up for drag racing, as there are a few benefits.

This is a pretty exciting concept, mainly because it is not easy to do, and it appears there may be nice potential for racing, for anyone who has the budget for a build like this, as you need two turbos, and certainly there will be extra, cautious testing with something like this, which will take time.

It also isn’t a brand new concept, since there have been a few of these set ups. There is a 300zx that ran 10.5 a few years back, but it doesn’t look like it has any faster times.