As young kids, most people have had a dream of hunting for treasure, be it an underwater search for sunken pirate’s treasure, or digging in the backyard looking for Civil War relics. With technology in metal detectors growing cheaper and easier to use, the younger generation has a surprisingly good selection of metal detectors to grow up treasure hunters.

As the vast variety of metal detectors can cost a pretty penny, it might be a balancing act finding the best kids’ metal detectors for an affordable price. With as many light weight metal detectors as the market holds, price point and ease of use really do end up leaving a few front runners for Christmas gifts for the inquisitive youngster. Of these best sellers, 4 detectors under $200.00 seem to stand out and very clearly set the bar in their own ways. 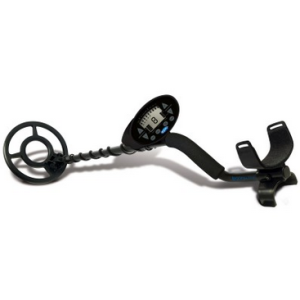 With a wide variety of options, Bounty Hunter is clearly one of the most prolific metal detector producers with items that kids may find fun to go hunting in the yard with. The Legacy 2500 is at the tail end of the top 4 mainly due to the price being $179.99 and the complexity of use seems to reflect the money spent.

Although marketed as “all ages” and adjustable in length, this item is the heaviest of the top 4 (2.5 lbs) and has an LCD screen that at first glance appears too advanced for the younger kids. The sensitivity is adjustable, as is the discrimination, but the specifics of detection might be more information than children below the ages of 10 would really grasp, with numbers and letters, rather than a simple gauge or beeping sound alone.

Unlike many others, there is a battery gauge, which for its price one would hope so, but to the same point as before, children below 10 may not value this pricey machine as gently as young teens might. Given the overall complexity and the price, all ages may be a bit wishful, but this is a great product for young teens, or kids with a genuine interest in treasure hunting, or excavating the back yard. 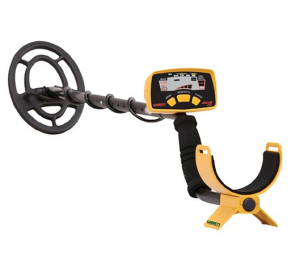 Much the same as the Legacy 2500, the Garrett Ace 150 is similarly complex, with another LED screen that might be too much for kids in the single digits to truly understand. Another reason that the Ace 150 by Garrett comes in third is simply because it’s the heaviest of the field, weighing close to 3 pounds (2.75 lbs).

The length is still adjustable, but where the last option discussed was limited to slightly older children, the Ace 150 finds itself equally, if not more limited. The display is a bit less specific, providing modes for all metals, jewelry and coins, and although there is no battery reader either, this gift is also a touch more affordable, giving it an edge over the Legacy 2500 in both ease of use and price (around $150.00).

Although it weighs more and has basically one less feature, for kids around 10 and above, the Garrett Ace 150 is a more affordable means to measure the depth of their playground plunder.

Where the previous options fell short is where the top 2 begins, leaving the Tesoro Compadre runner up. Although the price is not less than the Ace 150 (around $160.00), the title of all ages is much more appropriate for the Compadre. This machine is the lightest of the bottom 3, weighing in at just around 2 lbs.

Also adjustable in length, this Tesoro’s product has begun to appear appropriate for kids below 10. Although there is no visual of coin depth, or even a mode to switch between coins and all metal, the discrimination is adjustable with the only knob on the interface.

The detector alarms the user with a sound, so young kids can turn the knob to choose how specific their search is and wait for the beep. The lack of LCD screen features leaves the simplicity desired for a younger crowd and although it is not the cheapest, the Tesoro Compadre makes a lot of sense as a thoughtful gift for hunters of all ages. 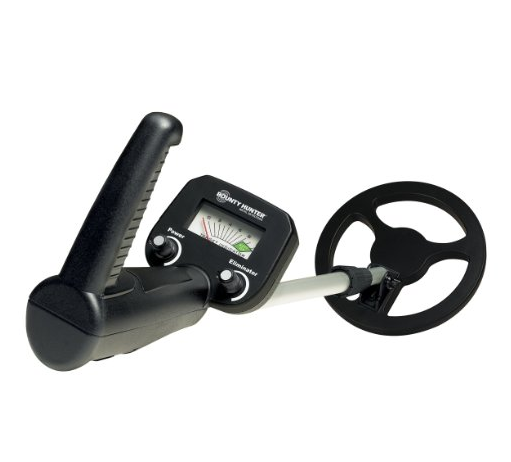 As mentioned, Bounty Hunter has quite a few detectors and with a couple bridging the gap between the Legacy and 2500, there are a number of options falling in a middle ground produced by the company. That is irrelevant if price and ease of use for a young loved one dictates the decision, as the Junior Treasure Tracker is the easiest choice for any aged treasure tracker.

At only 1.5 lbs and with just 2 knobs and a meter, the ease of use is optimal as opposed to the other options listed. One knob is power adjustment and the second is elimination to adjust discrimination. This tops the #2 option with a similar discrimination system, but also a power adjustment and the results are also visual, giving the young user an estimate at the depth of their treasure on an easy to read meter. This is also the only option that gets as small as 18 inches, making it perfect for children of every age, as it grows to 27 inches as well.

Last but not least, the reason the Junior Treasure Tracker makes the best metal detector to get kids this holiday season is the price. At under half the price of any of the other options, this product can be found online for just around $70. Least expensive, easiest to use, lightest, smallest and best function for the money, the Junior Treasure Tracker is the best kids’ metal detector on the market.