We’ve been fans of the popular television series, Shark Tank for quite a while now. It’s interesting to see, not only the sometimes really ingenious products that the entrepreneurs pitch to the “Sharks,” but also to see how they hold up under the pressure and scrutiny. 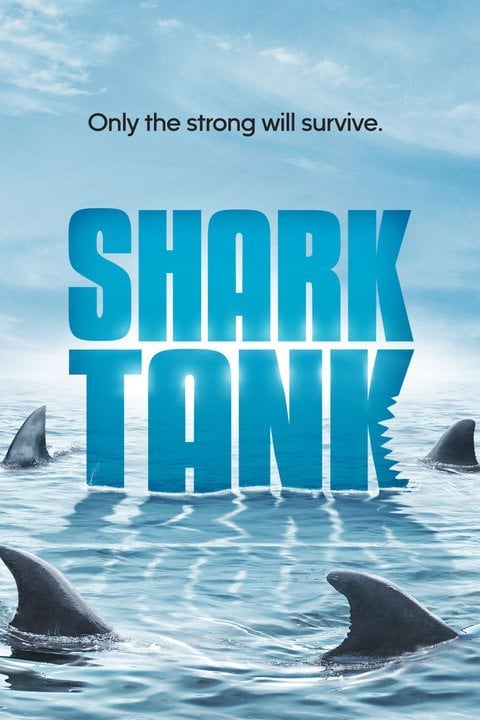 The show is famous for its colorful personalities among the Sharks as much as it is for the products and entrepreneurs.

Take Kevin O’Leary, for example. We’ve all heard venture capitalist Kevin O’Leary, “lovingly” referred to as “Mr. Wonderful” in the show,  but also that people say, “Kevin O’Leary is the Simon Cowell of Shark Tank.” (This refers to the caustic manner in which some people feel Simon Cowell treats contestants on whichever music or vocal talent show he judges). Kevin O’Leary is all about the money, which he isn’t ashamed of at all, and he warmly refers to himself as ‘the merchant of truth’.

It seems everyone who is a fan of the show has their favorite (or least favorite) Shark. Nearly everyone loves Robert Herjavec, the son of a Croatian immigrant who struggled to support his family, is often referred to as the “rags to riches” story, and is a dot-com success with whatever it is he does with IT security (it’s totally beyond me!). He is exceptionally kind to the entrepreneurs, and we love watching him get into the products – almost like a kid! But, as he is quoted as saying, “Do not mistake my kindness for weakness.”

Daymond John, the founder of the FUBU clothing line (which, by the way, stands for “For Us, By Us”) while exacting and sometimes a little quiet while the other sharks are wrestling around him, also has a somewhat soft-hearted manner with the entrepreneurs. But that does not mean he goes for everything. In fact, he always appears very cautious in his approach to making a deal. It’s always interesting to watch and learn from Daymond when he declines to make an offer in certain markets that he knows are cut-throat.

Lori Greiner is almost never mentioned without the follow-up phrase, “the queen of QVC.” It become obvious pretty quickly that if there is a “hero” of a product (vs a “zero”) that looks like it might be a sure bet for QVC, Lori wants in on it! For some reason, I’m enamored of the way she constantly wears her hair to one side. But that’s off topic. She’s got MANY patents, is exceptionally savvy as to what will be a big seller. In fact, she backed what is (at this writing) the biggest seller in Shark Tank history – a simple scrubbie type of sponge call the Scrub Daddy. Go figure.

Barbara Corcoran is an inspiration to someone like me. Her background was that she wasn’t a stellar student (me neither), but I love her energy and stick-to-it-till-you-do-it attitude. If you can find a YouTube video about her, you’ll see that she treats “her” entrepreneurs to her beach home for get-togethers – almost like think tanks. While she certainly turns down many deals, she does it with class and finesse. How can you not love her?

Mark Cuban is a gajillionaire who owns the Dallas Mavericks, a basketball team that has become quite the talk of the town from what I hear. Regrettably, this writer isn’t a basketball fan, so she can’t talk much about that!

This is a really serious Shark, and he has a way of presenting certain deals that not everyone would agree with. Sometimes, he’ll give the entrepreneur 20 seconds (or a variation of a count-down clock) to make a decision. He does not go in for fluffiness or wishy-washiness. Nor does he ever really warm up to anything that he considers to be “snake oil” (another term for “things he doesn’t always understand” – my opinion).

One thing I love that he said once is something along the lines of: ‘If I am reincarnated, I hope I can come back as myself’ Hahahaha! How awesome is that?

Other Sharks have appeared in the past, including Kevin Harrington early on, as well as guest Shark, commedian Jeff Foxworthy.

We also enjoy watching the reactions that the various Sharks have toward the entrepreneurs. While I don’t think any of us have seen every single episode, we’ve seen enough of them to have become curious as to whether some of the deals that went through actually saw the light of day (or at least the shelves in a variety of stores), because we discovered that just because an entrepreneur was given an offer on the program, many of the deals actually fall through if the vetting process further determine that something isn’t quite right about either the product, the business, or what-have-you.

Of course, it sometimes goes the other way, as well. In January 2015, a show aired where two sisters tearfully sold their entire “sticky ties” business to Mark Cuban – but afterwards, they had a change of heart after Mark’s people got in touch with their people. At the end of the day, they kept their business, but evidently, Mark would help advise them going forward. Source: http://www.inquisitr.com/1754169/shark-tanks-sticky-ties-did-not-sell-to-mark-cuban-after-all-heres-what-happened-after-the-show/

So, being the curious folks that we are, we started looking around to see what Shark Tank products and services are out there, or at least to uncover the follow-up stories! In this section of the site, we’ll post some of the stories and products that have tickled our fancy, and we hope they’ll intrigue you as well!

Furthermore, if we can, we’ll locate and post an accompanying video that shows the segment of the show featuring the product.