Ninja is a company that produces blenders and food processors seen on store shelves across America. The Ninja Professional Blender is one of the best-selling blenders in the country because of the company’s quality components, as well as their blenders being smooth, efficient and sturdy as a whole.

Not only are these blenders great for making smoothies and milkshakes, but Ninja Blenders also blend ingredients for soups, nut butters, cake toppings and a plethora of other culinary creations. Because these machines speak for themselves, the Ninja has quickly become a strong competitor to other well-reputed blenders, such as the Vitamix.

Is the Ninja Really Comparable?

The Vitamix blender has a great reputation and has, until 2013, completely dominated the competition. However, since the release of the Ninja in the same year, the crown of the best blender in town has been up for grabs. Although the Vitamix is good in its own right, The Ninja has been found by most consumers to do an equally good job with similar results. 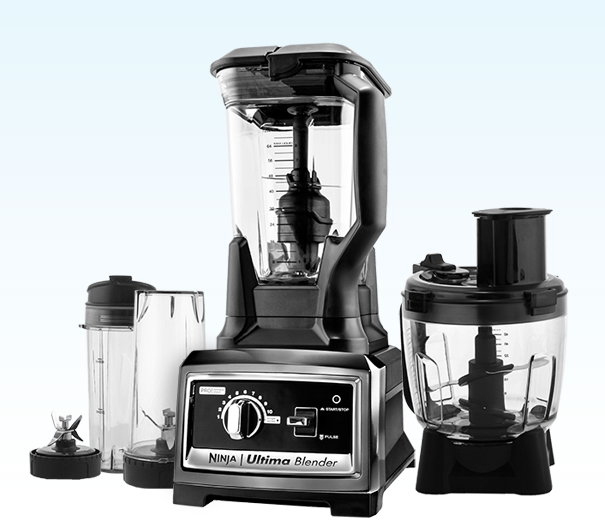 When juicing products, Ninja’s blenders are just as capable of creating an evenly blended juice, even when hard to blend ingredients like kale, or carrots are involved. Because this is a blender and not a juicer per se, the addition of some form of liquid or ice might be necessary to aid in blending juices from produce as mentioned.

But when the challenge is presented, the product still performs with excellent results. The added bonus when using this blender rather than just using a juicer is that with the latter, the product is very thin in viscosity, much like water, whereas this blender will produce a juice that is still relatively thin, but also creates a pulp-rich product.

For the individual who is not a fan of pulp, it can easily be strained out to get similar results to using a juicer. When making a milkshake, much like blending juices, the Ninja Blender gets right to work and keeps up with the competition. With this blender, the results are bound to be a thicker, consistently creamier milkshake.

Things Other than Drinks

Granted that blenders only have so many functions, but their uses are many. The Ninja Blender is also one of the best in class for blending ingredients such as flax seed, peanuts and soybeans to make whatever form of butter a customer might desire.

Other delicious culinary creations that the Ninja is capable of making are whipped creams, regular butter from cream, as well as ice creams. With the help of the 3 speeds and pulse feature built into a 1000-watt base, the possibilities are nearly limitless.

So the capabilities to produce a great product are all there, but what reasons have the Ninja Blenders been taking on The Vitamix in homes across America? The Ninja is BPA-free, so for those concerned with what plastics are used in their food-related products, there is no need for alarm. The blades, top and pitcher are all dishwasher safe as well. A nice little bonus is that in the back of the instruction manual some recipes are also included, and in the back of the base there is an area for cord storage.

The biggest incentive for making the Ninja Blender a part of the kitchen arsenal is pricing. While The Vitamix weighs in within the $320 to $500 range, the Ninja Professional Blender can be purchased easily for around $100 with another variant, the Ninja Ultima, selling for around $200.

The Ultima has a 1500-watt base, 10 speeds plus pulse and does an even better job than The Professional. At under half of the price of the competition, the Ninja Blender is on its way to being the #1 blender in houses nationwide.