Comments Off on ASUS ZenPad Z8

Have you seen pictures of the new ASUS ZenPad Z8? If images can be believed, this is a visual stunner for those who spend a lot of time in the virtual world or use their pads to take pictures. Grandparents, artists, and visual learners will have to get one of these new small computers which looks like a bigger version of your Android Smartphone.

Measurements of the ASUS ZenPad 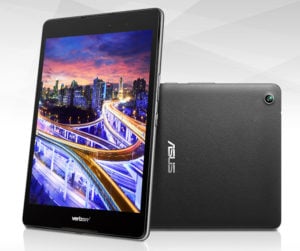 This is not a phone or a “Pod” but a pad, so it’s larger, though not as big as a notebook or a laptop. It measures just over 8 inches high and about 5.4 inches wide, weighing in at less than a pound. The battery provides 4680mAh of power.

In real terms, that means it holds a charge for a long time (up to 13 hours) as long as you don’t waste the battery. A large battery is important on any sort of visual-display item because memory (stored pictures and videos, particularly) uses up a lot of power, even on stand-by.

If you’re just streaming stuff or using Skype, that’s not necessarily the case. Memory can be expanded with the use of a MicroSD card which brings you up to 128 GB, but this is not included with the ASUS ZenPad Z8.

The ZenPad Z8 is being touted for its entertainment value. If you are looking for clearer pictures and better sound, this could be the tablet you have been waiting for. Watch fast-moving scenes from action movies or while playing video games.

Since it’s bigger than a Moto G or an iPod, you won’t have to squint to see images. That’s thanks to the bigger screen but also VisualMaster technology. This supplies a High-Def image so you can even watch TV shows and movies on the go.

If you can trust them with your precious tablet, give kids the Z8 to watch programs on the backseat of the car on long drives. Yes, the crisp definition is wasted on cartoons, but you’ll know the difference when viewing a car-chase flick or catching a musical performance from a distance.

Dual speakers at the front let you catch the definition in sound; individual instruments, dynamics, and so on. The clarity, offered by SonicMaster, is equal to that of the large speakers of a few years ago that sit in your living room to listen to music.

Now, all you need are these far tinier examples to accomplish professional sound and an impressive volume range too. Small speakers belie the capacity to bring music to life.

Pixels are livelier than ever. Photographs will look as though they were taken on a proper camera, not even a cheap digital but a real piece of photographic equipment. Select the mode for low light to brighten a dark setting and ensure contrast is sharp.

ASUS makes a good machine. They have become one of the primary competitors in handheld technology this past half-decade. ASUS continues this trend with the Snapdragon Hexa-Core processor which removes lag, makes for smooth-moving imagery, and speeds users through the internet as though they were surfing on a wave.

At the same time, technology is paired with a comfortable and stylish design. The Z8 will sit comfortably in one’s hand, is thin, minimal-looking, and light. Friends will all be asking where you got your new toy and you can tell them it’s no toy; this is pro-quality technology with a battery worth many hours of constant run time, an 8MP camera, and a maximum of almost 4-weeks standby power.

ASUS’s new pad works with numerous LTE network bands. These include B2, B4, B13, and more. It’s inclusive, affordably priced, and one of those items that the kids will feel they really need for school. Keep your college students in mind, especially as September rolls around once more.