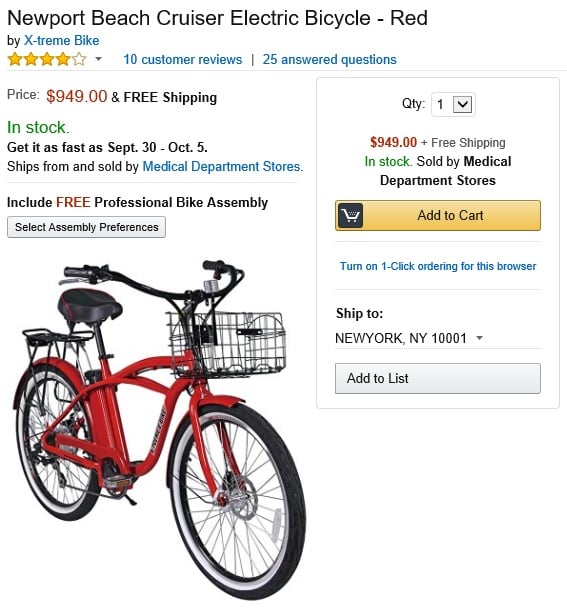 Comments Off on Elby Bike

You knew it was coming; stationary bikes already provided the option: I’m talking about the hybrid electric bike. Museums and dams put out bicycles anyone can ride for real so as to determine what it takes to provide energy enough to light a light bulb.

It’s quite a lot, but you also see what it takes for an electrical current supplied by a utility company to do the same thing. Like any hybrid device, the Elby can be pedaled by the rider or ridden like a scooter, allowing body power or electronics to do all the work. Meet the future of biking in cities, small towns, and wild country around the USA.

Explore on the Elby Bike 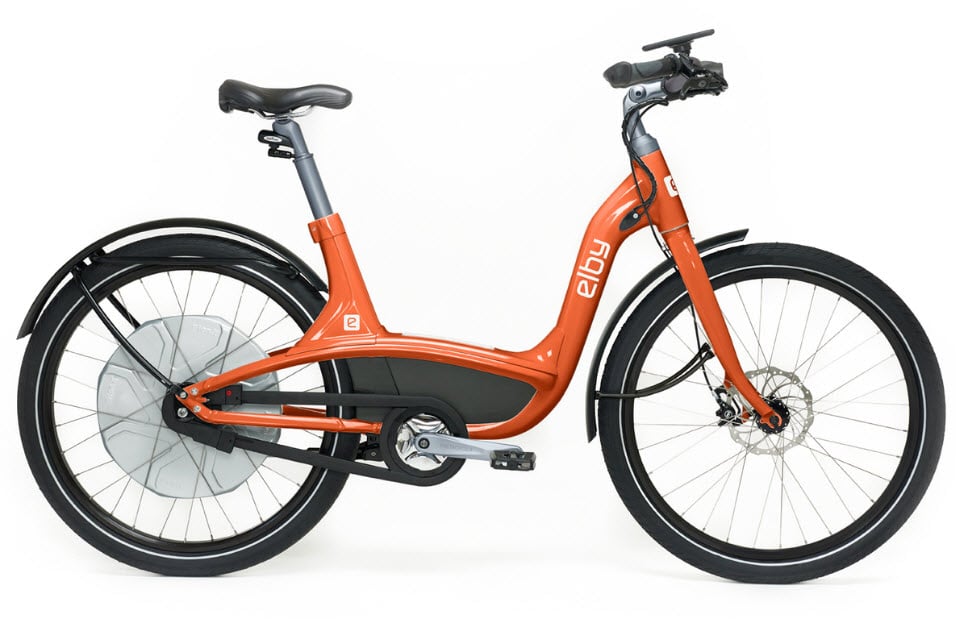 The Elby was designed with explorers in mind. You want to go far, taking tracks that cars can’t travel on but without making a lot of noise or leaving a considerable footprint. ATVs, dirt bikes, and other leisure vehicles chew up the wilderness, disturbing natural inhabitants and nature lovers along the way. This quiet bike won’t do such dreadful things to the open spaces you love.

At the same time, the Elby takes some of the hard work off of a rider’s hands. Pedal a little, then coast on the engine’s power. Pedal faster to create speeds of 20 mph and more. The more work you do, the less battery output is required and the longer it will last every time you charge it. Longer-lasting battery power provides a longer range of travel without an excessive amount of effort from the owner.

Battery realities dictate that you can only go so far and then it is necessary to plug in. Makers of this highly-anticipated invention recommend replenishing the cell every night because this takes about 5 hours. You do not want to be waiting for the battery to restore itself while you could be out on a mission to find nearby wineries and new varietals; take in some artisan shops or great cafes; head to work or for a visit with friends.

If you don’t ride the Elby very often, what is stopping you? Meanwhile, your cell goes into something known as deep sleep circuit protection so it does not go completely flat in 8 weeks after being neglected. Recharge it at least every 6 months so as not to lose the battery.

Your cell could, of course, last 5 years because demands on it are low. An active user of the Elby could get 2 or 3 years out of this product depending on how often he recharges it and the distance he pedals himself. There is also a special feature, common to hybrid bikes and cars, whereby excess energy is returned to the battery. Coast down hills and let the cell eat up this energy no one is using.

The Elby’s electronics are run by something known as the BionX System which is its brain. This control center does all the physics and math thinking related to how fast you pedal vs. electronically-determined speed. It runs lights front and back which keep riders safe when they go out by day or by night. A control panel is detachable for security on the road.

Cyclists have to follow the rules of the road like everyone else, but they do not have to carry a license, registration, proof of insurance, and so on. Ride the Elby without carrying all that weight on your shoulders.

Carry it to every off-road spot with a reasonable pathway, hoisted onto your bike rack in the usual way. A sealed motor is resistant to the weather too, so don’t be afraid of riding in the rain.

Those responsible for its design also decided to keep the center of gravity low so as to enhance the rider’s confidence and attract consumers who otherwise feel unequal to the skill of high-speed bike riding.

So far we haven’t seen this on Amazon, but if we do, we’ll be including it in our category of Electric Bicycles on Amazon! Right now, it looks like they’re only being discussed (not offered yet) at their site, elbybike.com – my hope is that once it’s released, it’ll be on Amazon.